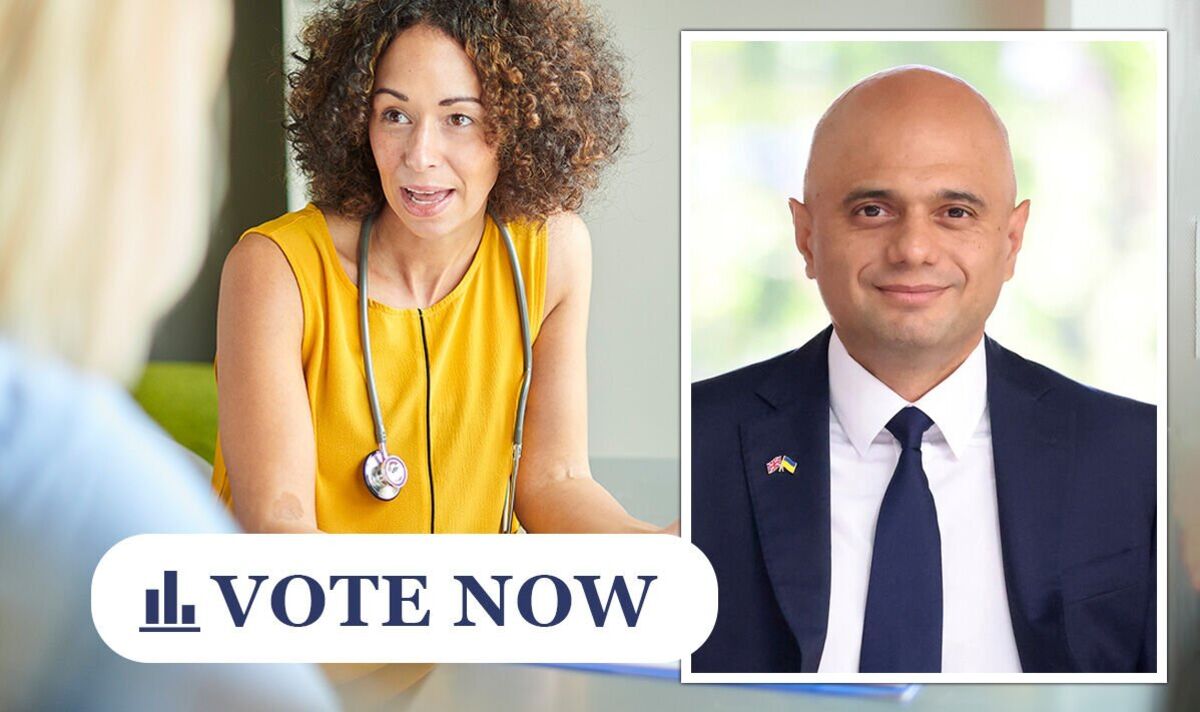 Former Health Secretary Sajid Javed has said that patients should be charged for GP appointments and accident and emergency visits. NHS Model as “unsustainable”. He claimed that “extending the principle of cooperation” should be included as part of health service reform, but do you agree? Vote in our poll..

The Tory MP told the poll for The Times that he wanted to see the NHS reformed, and called for a “grown-up, hard-headed conversation”. He added that “too often the praise of the NHS has become a religious zeal and an obstacle to reform”.

He continued: “We must look at extending the partnership principle, on a cross-party basis. This conversation will not be easy but it could help the NHS ration its limited provision more effectively.

Mr Javid said the current rationing system of growing waiting lists should be replaced by means-tested fees, protecting those on low incomes. They highlighted Ireland’s “nominal” €75 (£66) fee for attending an injury unit without a referral and Norway and Sweden’s £20 fee for GP appointments as possible models for the UK.

In response, Downing Street said that the Prime Minister Rishi Sink Not “currently” considering the proposal. Mr Sink proposed a £10 fine for patients who miss NHS GP or hospital appointments during his Tory leadership campaign but withdrew his pledge after criticism of the free care principle.

Dr Nick Mann, GP and member of the non-partisan political campaign group Keep Our NHS Public, told inews.co.uk: “In practice, patients are asked to access their GP or visit A&E. Charging for is a zombie idea. It is expensive to operate and acts as a barrier to patient groups most in need of healthcare. The population already pays for the NHS through taxes. The idea of ​​charging patients extra to access essential medical care is a slippery slope – just look at dentistry.”

So what do you think? Should NHS patients be charged? Vote in our poll. And leave your thoughts in the comment section below.